In April 2021, as COVID-19 vaccination rates increased, evidence began emerging that the Great Resignation was beginning in the United States. That month, a record 4.0 million Americans quit their jobs.

More than half of U.S. workers surveyed said they plan to look for a new job in the coming year, according to Bankrate’s August job seeker survey. Some 56% of respondents said adjustable working hours and remote work are a priority.

In August, there were a total of 4.3M employees who quit their jobs. The resignation rate is 2.9% higher than in the last 20 years.

According to Microsoft’s 2021 Work Trend Index, more than 40% of the global workforce are considering quitting their job in 2021. According to a PriceWaterhouseCoopers survey conducted in early August 2021, 65% of employees said they are looking for a new job and 88% of executives said their company is experiencing higher turnover than normal. In October 2021, the U.S. Bureau of Labor Statistics reported that food service workers’ quit rates rose to 6.8%, which is well above the industry average of 4.1% over the last 20 years and still higher than the industry’s quit peaks of 5% in 2006 and 2019. The retail industry had the second-highest quit rate at 4.7%.

A Deloitte study published in Fortune magazine in October 2021 found that among Fortune 1000 companies, 73% of CEOs anticipate the work shortage will disrupt their businesses over the next 12 months; 57% believe attracting talent is among their company’s biggest challenges; and 35% have already expanded benefits to bolster employee retention.

Restaurants and hotels, industries that require in-person interactions, have been hit the hardest by waves of resignations.

Let’s examine the possible reasons for “The Great Resignation”:

1) The COVID-19 pandemic has allowed workers to rethink their careers, work conditions, and long-term goals.

2) As many workplaces attempted to bring their employees in-person, workers desired the freedom to work from home given the pandemic. Some 56% of those surveyed population said that flexibility was their primary reason to look for a new job, topping higher pay and job security

3) With telecommuting also came schedule flexibility, which was the primary reason to look for a new job of the majority of those studied by Bankrate in August 2021. [Breaking the time barrier]

5) Many felt they were stuck in job that offered no significant growth vs the career trajectory they had wished for themself. They want career advancement and possibilities of growth, higher pay and better lifestyle.

6) Happiness, Health and Time are not just keywords for Millenials and Gen-Z, these are high-level priorities. Most want to spend more time with their families after toiling for long years. A global pandemic made them reassess where their priorities lie.

“I think the pandemic just allowed for time,” she says. “You just have more time to think about what you really want.” says Alyssa Casey, a researcher for the federal government. She had often thought about leaving Washington, D.C., for Illinois, to be close to her parents and siblings. But she liked her job and her life in the city, going to concerts, restaurants and happy hours with friends.

With all of that on hold last year, she and her husband rented a house in Illinois just before the holidays and formed a pandemic bubble with their extended family for the long pandemic winter.

The Great Resignation, also known as the Big Quit, is the ongoing trend of employees voluntarily leaving their jobs, from spring 2021 to the present, primarily in the United States. The resignations have been characterized as in response to the COVID-19 pandemic, and the American government not being keen to improve worker protection schemes, and actively combat wage stagnation despite rising costs of living.
The term Great Resignation was likely coined by Anthony Klotz, a professor of management at Mays Business School of Texas A&M University, who predicted this mass exodus was coming in May 2021

According to an Adobe study, the exodus is being driven by Millennials and Generation Z, who are more likely to be dissatisfied with their work. More than half of Gen Z reported planning to seek a new job within the next year

There is a similar movement happening in China under the name of Tang ping. According to Certified finance planner Roger Ma, upon this matter, every citizen has a well-planned cost of basic needs and how much they need to survive. Also, many people know how to build their passive income. This is another reason why many people who can do something with their skill have left their regular job and started to choose their passion and make their own assets. There is a case of talent loss in companies, and companies may take several months to recover. In this covid situation, many sectors have already migrated to remote or hybrid models, wherein many find their passion or they understand their long term goal and start acting according to it.

Moreover, people doing or enhancing the skill they are seeking for, have a very different mindset which has driven them to change their occupation.

This mindset to work and toil was not for paying for their dreams.

They needed more money to settle their student loan, for taking care of their health and their families, to meet their expenditure and to live their dreams. 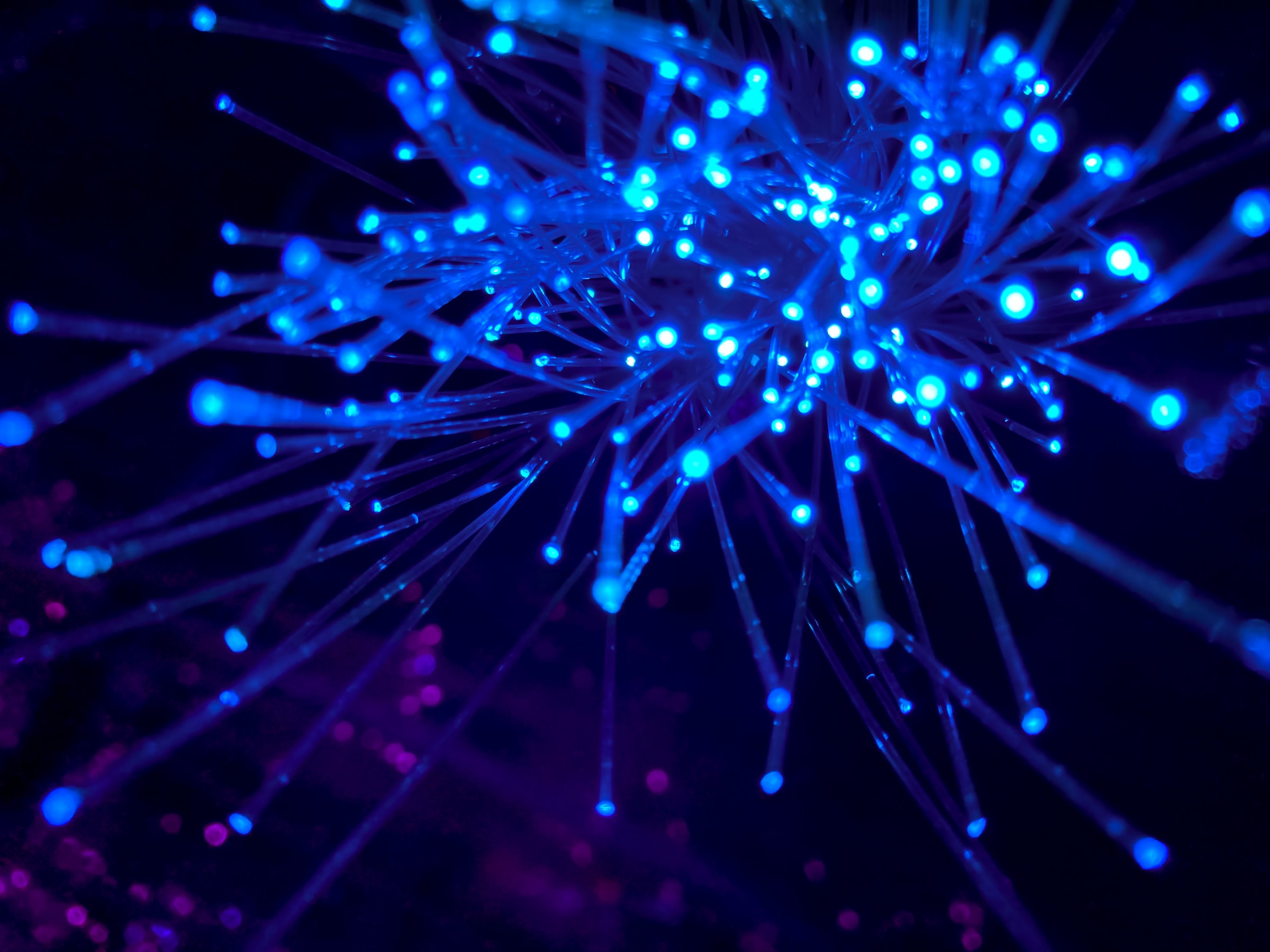 Global village describes the phenomenon of the entire world becoming more interconnected as the result of the propagation of media technologies throughout the world. The boundaries of countries have dissolved, and it’s very easy to trade resources across borders, especially digital assets. You can sit home in India and buy US stocks via apps like INDMoney and Vested. You can work remotely for a Finnish company from the comfort of your home. You can import the latest Pixel 6 from Amazon. People have started to cultivate global tastes and all this was accentuated by the Covid-19 Pandemic. Web3 will take the take the progress to another level, and it’s already on track. Early adopters, developers and entrepreneurs have already started the works, and have started to participate in the decentralized future.

Thanks to strong governmental support, a good English based educational system, a large talent pool, and an open market, India has a flourishing IT industry and earned a well-deserved place in the global market. Accounting for eight percent of the GDP in the financial year 2021, the IT-BPM has played a significant role in India’s socio-economic growth, so much so that it could be the future driver of modern India.

India’s participation in the global economy has grown and increased in terms of GDP, trade, and the number of Indians living abroad, albeit lower in terms of international capital. India has developed knowledge and has been successful in exporting good products and services to many countries. It specializes in sectors that will experience high demand shortly (such as information and communication technology (ICT) services, pharmaceuticals, and medical devices). The world’s largest Indian ex-pats have helped develop a business network while migrant remittances and savings have supported internal spending and investment.

Information technology (IT) has become one of the most crucial ingredients influencing productivity of factors of production. The adoption of IT in economic activities plays a vital role in enhancing the economic development of world economies by its direct or indirect involvement in productive capacities. It is now seen as the strongest industry as compared to other industries throughout the world because of its large economies of scale and insatiable demand from both consumers as well as producers. It has contributed enormously towards economic growth and aggregate employment in both developed as well as developing countries. The beauty of it is that it helps in leverage or growth process of others sectors of the economy, (as information, in general, is a significant factor in production processes that strongly stimulate the productivity of factor inputs, especially labour). The IT revolution has had an exceptional impact on societies, businesses and nations, by stimulating the growth process in the world economy.

In this regard, India is not an exception. The tremendous success of the IT sector after economic reforms, particularly in software and service exports, has influenced economic growth of the Indian economy. The importance of IT software and services has been increasing since the last decade, as reflected by its mounting shares in various macroeconomic parameters, like national income, total exports, employment and foreign exchange of the country.

An abundant supply of labour force acts as a comparative advantage of the Indian software and services industry. Investments in the education industry in the form of Indian Institute of Technologies (IITs), Indian Institute of Management (IIMs) and engineering colleges over the years have significantly contributed to the growth of software and service industry. The country’s abundant IT professionals have been absorbed by the software and services export sector, thus enjoying some sort of monopoly in supplying desired labour. The benefit of the International Standard Organization (ISO) certification is also significant because it acts as a quality signal to potential customers. This certification has enabled to enjoy the firm’s enhanced income through a higher level of price per unit of output besides increasing the quality of output.

Large changes in the locational division of labour brought more jobs to India. The real benefit to the industry comes through exports carried out on-site, which do not involve costs of hardware or software technology for the Indian firms.

India is poised to achieve an ambitious services export target of $1 trillion by 2030, commerce and industry minister Piyush Goyal said on Tuesday.

Speaking at the Services Export Promotion Council-Global Services Conclave 2021, the minister said that the opening up of the domestic legal services sector will benefit Indian lawyers as they would get huge opportunities in countries such as Europe, Australia and America. However, there is a need to get Indian lawyers on board on this issue.

The services sector is a key driver of India’s economic growth, providing employment to nearly 26 million and contributing about 40 per cent to India’s total global exports. The services trade surplus was $89 billion in FY21.

India has succeeded in increasing the number of goods exported and in serving new markets/countries. Its export basket is highly diversified and exports to emerging economies are growing fast. Such a diversification reveals the high potential of the Indian economy to adjust to new demands. It also reduces exposure to risks such as lower demand in one country or for one specific product.