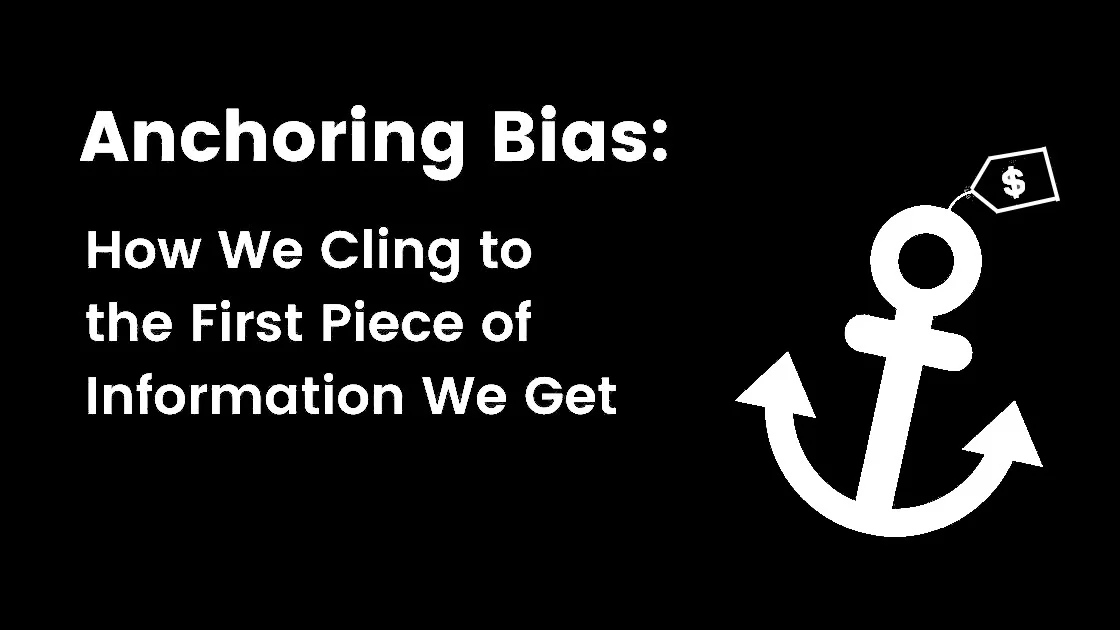 All of us would like to thank that we are rational consumers and that we are immune from getting tricked into a bad deal.

But in reality companies hire specialists that can make us think that we are getting a good deal when we are not.

The most common technique used for such scenarios is called the Anchoring effect.

It is the phenomenon by which our decisions are heavily based on the first piece of information we see regardless of whether it is accurate or not.

That particular piece of information is called anchor as we are anchored to it as soon as we see it.

To test this effect in real life, professor Dan Ariely conducted an experiment, where he asked students to bid on products such as chocolates, luxury items and accessories.

The products were displayed before bidding, then the students were asked to write the last two digits of their social security number and state the maximum they were willing to bid for each of the products.

This did not make logical sense as the social security number has no connection with the price of the product. But as it was the first information they wrote down, they become anchored to it thus bidding more than the students with lower security numbers

The same theory also applies when the anchor is given directly. Students were given 5 seconds to estimate the answer to a mathematical question. The following equations were given to two groups of students.

They are exactly the same with one in ascending and the other in descending order. First group gave the estimate of 2250 and the latter gave 512 as the estimate. This was only because the first equation was started with a large number i.e 8.

The anchoring effect as shown is not just restricted to experiments, it is applicable in day to day life. 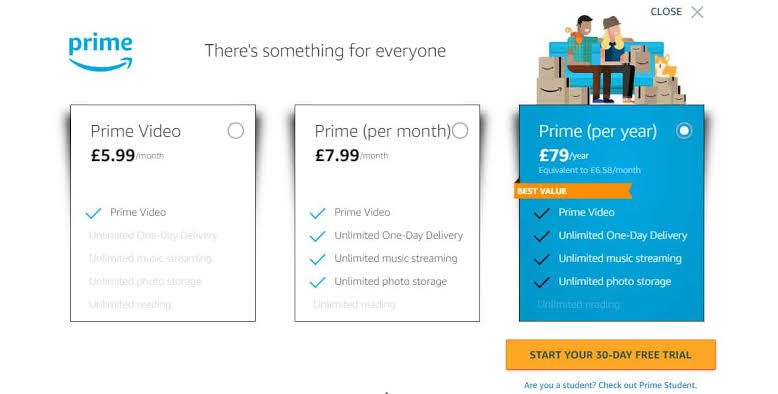 The first amazon subscription is prized at almost $6 and has only prime video features.

The second one has more features and because it was the $6 plan that we saw first, we are inclined to think that with just $2 dollars more we are getting a slew of more features.

But in fact we should analyse the second plan individually to understand that the $6 plan was just an anchor to make us feel that the second one was more valuable than the first.

We may believe we are all immune to psychological tricks, however we are humans that are subject to bounded rationality.

Thus we should be aware of anchors because the anchors could be in the seller’s favour to make you spend more than you would have, had you taken the calculated choice.